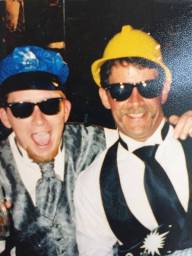 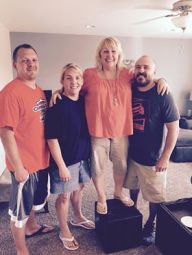 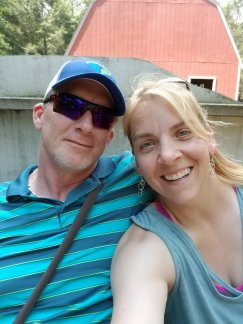 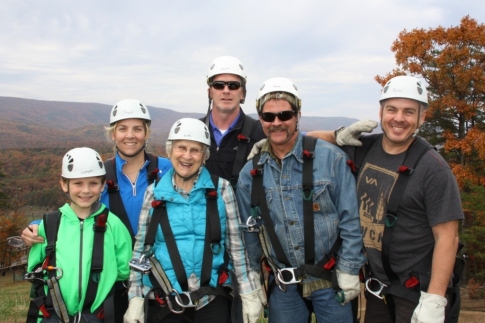 So I’m just going to be honest….This is a rotten day. I know most of the time when I blog I try to find the good in things, the silver lining and I promise to still try. But today, a part of my family’s history was taken from me and it hurts. So as I put my son down for his nap I decided I’d just write about it because it’s cathartic. Here’s what happened.

Last night I went grocery shopping and uncharacteristically put my phone up on the counter while I loaded the bagged groceries into my cart. When I was finished I grabbed my wallet from my purse and put that on the counter also as I got my money to pay. Unfortunately, I must have gotten distracted and walked away with my purse but without retrieving my phone from the counter.

The irony is I have been making a concerted effort not to be on my phone much while my kids are awake so I didn’t even think about seeing where it was when I got home for quite a while. After putting my things away, I picked up my jacket and purse to take them to the closet and reached in the jacket pocket to get my phone, which wasn’t there.

Here’s where my brain went a million miles a minute. I was 100% sure I put it away like I always do when I get to the checkout line. I only have it out because it has my list on it. Okay maybe 90% sure….

After a frantic search at home, I raced back to the store. I just knew it had to be there. Ten minutes later I was in tears, realizing my phone was gone. Now it is a big deal to lose your phone? It’s certainly not great. I had hundreds of numbers on there from various parts of my life. Will that be difficult to replicate? Sure. Will it cost me money? Absolutely. But that’s not what made me cry.

After plenty of tears last night, I got up this morning and forced  myself to have a renewed hope. I was going to go back to the store again and ask them to look at the surveillance video…hoping they would see that maybe my phone got knocked to the floor, anything helpful. All night I prayed, please let someone honest find it.

After telling my story to the manager, she went in the back to check the tape. She returned very quickly and simply said, “It was stolen.” I couldn’t believe it. Maybe if I had come back sooner, turned around on my way home I would’ve gotten there in time.

I had to ask, “How many people behind me was it?”

“It was the woman who was in line right behind you,” she said. I guess no response would have been quick enough.

My mind tried to picture it. I vaguely remember the woman behind me in line. But what I remember crystal clear was that she had a child with her, who looked somewhere between 11 and 14 maybe, close to my son’s age. She had to have made a split second decision, after watching me inadvertently leave my phone, between letting me know so I could come back and get it and deciding to commit a crime in front of her own child.

Sadly, for her son and for me, she picked the latter.

So were the tears for the inconvenience she has caused me? No. They are for the memories she has stolen from me as I had close to three years of pictures on that phone,  basically my 3-year-old son’s entire life. Is it her fault I didn’t back up my pictures like I should have? No. I never got to it about it because in my heart I didn’t think this would happen to me.

On a side note, I left my purse at a restaurant a few weeks ago and because it was one I rarely used it took me 3 days to realize it. On that day, however, someone chose to turn it in and restore to me what was mine. This time I was not so lucky.

After hearing these 2 stories you may think it’s time for me to get my brain checked for memory loss. My memory is actually pretty good but it’s just that I have always been unobservant. I miss little things around me, sometimes even when they should be important, which has clearly become a problem. My husband now wants to create some sort of Velcro strap to secure things I carry that are of value. I don’t disagree.

The manager of the store, along with the police are not hopeful in finding my phone. After some mini rants about how someone could do this and more tears in losing precious memories that cannot be replaced I have started to settle down a little. While talking to my mom (which I am just realizing as I write this is a miracle I take for granted all the time when I am not conscious to remember it), she said something to me that struck a chord.

As I lamented on how I couldn’t believe someone could choose to steal in an instant, she said to me, “You need to pray for that woman.” And she’s right. I did text her to my phone begging for its return, offering not to press charges because I just wanted my memories back, but I never thought of praying for her. But, yes, she needs it as we all do and today after making a poor decision that affected my life, that woman needs it more than ever.

You see if I don’t get those pictures back there will be a hole in the documentation of my son’s childhood. But it is not nearly as important as the hole that may be in that woman’s heart if she doesn’t know Jesus.

So yes, this is a rotten day and it feels like a storm. There are much bigger storms in life people go through. But I have always felt like we shouldn’t measure them against each other. If you’re in one, then it’s all too real to you and it counts. Today I have to take my own advice and find hope in the storm. Although I am not happy about the position I am in, I must now put my faith in God that something positive will happen because she can’t take my hope from me.

Wonderful friends from my Facebook page have joined me in pray for this woman. And I hope those prayers result in not only a change of heart for her and the return of my memories but a change of heart from this day forward for something bigger.

Thankfully, I do have some pictures on my computer of my family that could not be taken and I decided to share them to celebrate having them.

“Cancer on Monday, Dead on Tuesday, Home by the Weekend” is now available at Amazon.com and a signed copy can be requested from Tricia by emailing her at triciakingcontact@gmail.com